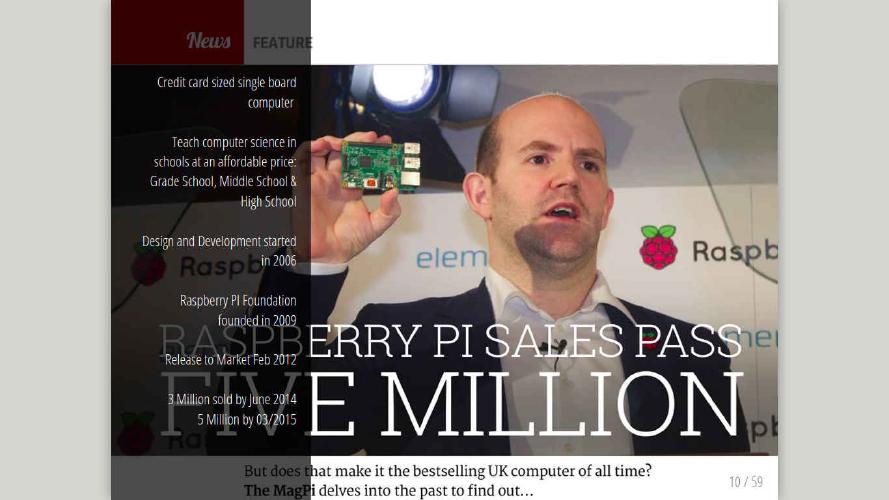 Raspberry Pi is a low cost, credit-card sized computer that plugs into a computer monitor or TV, and uses a standard keyboard and mouse. It is a capable little device that enables people of all ages to explore computing, and to learn how to program in languages like Scratch and Python…

A Single-Board Computer (SBC) is a computer built on a single circuit board, with microprocessor(s), memory, input/output (I/O) and other features required of a functional computer.] SBCs typically provide a fanless, low-power computing solution. Current SBCs come with a wide variety of processor types, most with GPUs on-board. These processors range from X86 based processors from the traditional PC space (AMD and Intel) to ARM processors which have traditionally been used in the industrial and more recently mobile spaces. The most prevalent form of software used on SBCs is Linux with numerous derivations including Android, Ubuntu, Fedora, Debian and Arch Linux as well as FreeBSD.

Many of today’s SBCs have become so powerful that they are beginning to have the capability of modern day PCs and tablets. This trend will continue as more powerful processors make their way into the embedded computing market as ever-increasing performance/price ratios rise, as well as additional manufacturers enter into this “Wild West” frontier of supporting open source hardware and software for both DIYers and professionals alike.

In 2006, a group based in the University of Cambridge’s Computer Laboratory, decided to address the need for a low cost computing platform that would allow kids to learn how to program without the need for a full-fledged home computer.

The result was a $35 single board computer named Raspberry Pi. While initially designed as a tool for students to learn programming, the Raspberry Pi was adopted by makers, designers, students and even professional engineers and helped to launch the current boom in interest in SBCs.

Ref: Electronic Design, Then and Now A Brief History of Single Board Computers

The Raspberry Pi is a low cost, credit-card sized computer that plugs into a computer monitor or TV, and uses a standard keyboard and mouse. It is a capable little device that enables people of all ages to explore computing, and to learn how to program in languages like Scratch and Python. It’s capable of doing everything you’d expect a desktop computer to do, from browsing the internet and playing high-definition video, to making spreadsheets, word-processing, and playing games.

What’s more, the Raspberry Pi has the ability to interact with the outside world, and has been used in a wide array of digital maker projects, from music machines and parent detectors to weather stations and tweeting birdhouses with infra-red cameras.

Arduino boards are micro-controllers, not full computers. They don’t run a full operating system, but simply execute written code as their firmware interprets it.

The main purpose of the Arduino board is to interface with sensors and devices, so it’s great for hardware projects in which you simply want things to respond to various sensor readings and manual input.

It is always recommended to connect the MicroUSB Power to the unit last (while most connections can be made live, it is best practice to connect items such as displays and other connections with the power turned off). Ref: Basic Setup.

Node-RED is a tool for wiring together hardware devices, APIs and online services in new and interesting ways.

Node-RED provides a browser-based flow editor that makes it easy to wire together flows using the wide range nodes in the palette. Flows can be then deployed to the runtime in a single-click.

JavaScript functions can be created within the editor using a rich text editor. A built-in library allows you to save useful functions, templates or flows for re-use.